Mr. Verma has given numerous keynote presentations at various conferences. He has authored and presented many papers at national and international conferences on the human aspects of project management and managing cross-cultural teams. He has presented at numerous workshops on project management in the U.S., Canada, Europe, Australia, South Africa, China, and India with participants from a wide range of industries. His presentations have been attended by over 4,000 professionals and have helped enhance their skills and confidence in leadership, coaching, influencing, communicating effectively, negotiating for win/win results, managing conflicts, motivating stakeholders, managing politics, and creating high-performance teams in cross-cultural, multi-generational, and virtual environments.

Mr. Verma is currently a Researcher Emeritus and has worked for over 39 years in project management at TRIUMF (TRI University Meson Facility), a federally-funded Canadian National Research Laboratory at the University of British Columbia in Vancouver, Canada. Here he has provided project management services for projects varying in size, complexity, and diversity. He began his career as an electrical engineer and later on, developed a project-management system to effectively manage a program of research facilities and projects in the areas of technology transfer as well as fundamental and applied research in physics and nuclear medicine. He has developed and implemented various systems to manage a large number of complex and interrelated projects by using his expertise in project management, team building, interface management, systems integration, and management information systems.

Mr. Verma has served as the President (1988-1989) and as V.P. of Programmes (1986-1988) for the Project Management Institute's (PMI) West Coast BC Chapter. He is a professional engineer and holds a M.Sc. in Electrical Engineering from DalTech, Halifax and an MBA from University of British Columbia in Vancouver.

I had the privilege of attending Vijay Verma's 4-day course titled "Leadership, Power, Influence, Politics and Negotiation in Project Management" at PMI Seminars World in Orlando back in 2006 and was absolutely blown-away by the course and Vijay as an instructor. When we began planning for our annual PMI Tampa Bay Symposium in 2007 I immediately recommended Vijay as both a full-day presenter and keynote speaker to our committee and fortunately they agreed. The result was 200+ attendees who were left wanting MORE and wished that it was more than just a 1-day course.

Vijay is able to translate theoretical, book knowledge into practical steps, tools and techniques that can be applied in the real world of project management. He was skilled in achieving a fast understanding of each specific challenge brought by the participants and then bringing the knowledge of the group to bear on offering solutions or different approaches. I have attended more than one of his sessions and always been impressed. 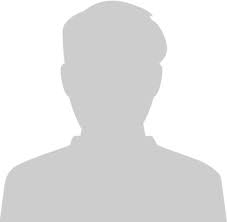 Vijay is a world leader in Advanced Project Management training. In particular he delivers many unique and insightful courses such as Power and Influence.  It was Vijay’s guidance that assistance me with reaffirming how to “swim with the sharks” after concluding the Power and Influence advanced Executive PM Sessions.  I was also proud to participate in Orlando at the 2009 PMI International Awards where Vijay was designated as a PMI Fellow. Well done Vijay, you are a role model for all!”

Vijay's work related to politics and power in project management during the past decade has inspired myself and countless others. I frequently rely on and reference Vijay when I focus on helping organizations and project managers mature. He continues to lead the path between the hard and soft skills needed for successful project management.

Vijay delivers an excellent seminar a mandatory session for anyone that is a professional project manager, or aspires to be. He is personable, knowledgeable and very experienced. I personally have had Vijay deliver to my team with stellar return on investment.

I've worked with Vijay a number of times, both through PMI and through Project World. I find his research into the human side of project management critical for project management success. Vijay has literally 'written the book' on Politics in Project Management, and I have used his principles many times in the practical application of Project Management. A dynamic, focused, entertaining speaker, a deep thinker, and extremely personable, I have always gotten alot of value from Vijay whenever I have heard him speak, be it at a Chapter event, a Seminar, or Congress.